Journalists are free to download and use these images without enhancing them. Please credit Animal Aid on any use. Footage can also be supplied on request. 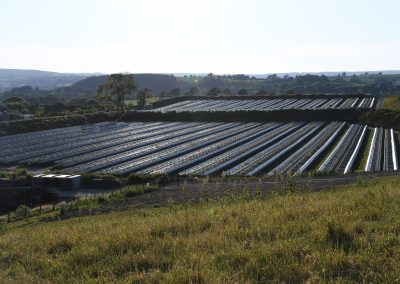 Row upon row of caged birds 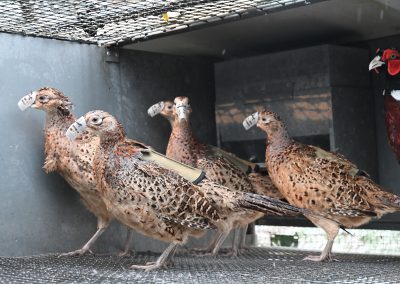 Some birds are fitted with ‘saddles’ to protect them from the males. In the wild, they would simply fly away 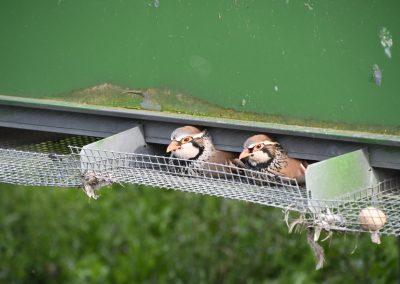 Caged partridges never lose their urge to be free 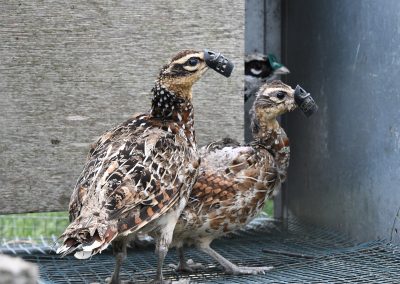 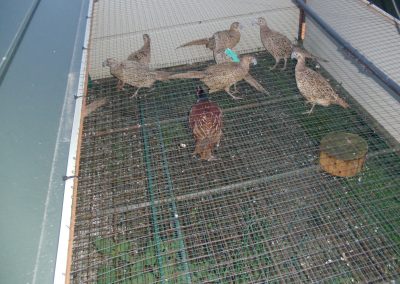 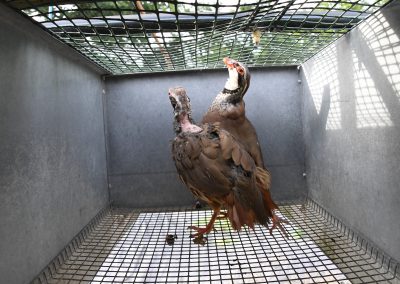 Partridges are confined inside metal boxes